Katharina Martz, daughter of the renowned shoe mould producer Franz Martz, meets Adi Dassler 1932 in Primasens, where he attends an apprenticeship at the Shoe Technical School. They married two years later. She was an industrious, energetic young woman and together they formed a formidable team with complementary traits. Known to everyone as Käthe, she was a strong, business savvy woman who helped Adi focus on his love for technical innovation, testing, and manufacturing by freeing him from administrative tasks. But her arrival in Herzogenaurach as an unexpected new influence on Adi was not met with great enthusiasm, especially as she assumed increasing levels of responsibility in the company that was co-owned by Rudolf Dassler. To assist Käthe with the difficult transition of raising a family while partnering with Adi to run the company during a period of depression and pending world war, Käthe’s sister Marianne moved to Herzogenaurach and eventually became a key player in the new firm.

After the war, as the newly incorporated adidas was taking off, Käthe assumed more responsibility for business operations while also raising five children and imbuing them with the same values that guided her. Mutsch, as they called her, taught them to combine discipline with kindness, hard work with cheerfulness, and above all she stressed the importance of honesty. She and Adi raised all five children to perform important roles in the company but as Adi’s energetic business partner, Käthe thrived as the one who nurtured the customer relationships and managed much of the business operations while Adi focused on the technical aspects of developing new products.

An elegant woman with an innate ability to understand and relate with people, she filled the role of company ambassador, managing and nurturing customer relationships with finesse. She hosted thousands of business acquaintances at their home, engaging guests from around the world with natural warmth and graciousness. Star athletes, political leaders, and celebrities were regular visitors at the family table where she and Adi built lasting friendships. As adept as she was at socializing with the elite, she never lost her modest demeanor. This made her popular among company employees, many of whom returned her kindness with lifetime loyalty to the family run company. Conversely, her endearing personality masked a fierce inner strength that earned her respect from those she supported and distressed those who crossed her. This was especially true for business competitors or anyone who threatened the security of her loved ones.

After Adi’s death in 1978, she takes over leadership in the company. Like her husband, Käthe observed a strict work ethic. She avoided leisure travel and lengthy vacations but did travel extensively as the company’s distinguished envoy, often accompanied by one or more of her children. Otherwise, she preferred to remain in Herzogenaurach tending to business and family. In 1982, the Federal Republic of Germany awarded her the Order of Merit for her business accomplishments and the resulting contribution to society. Käthe dies in 1984 at the age of 67.

She was an extraordinary woman so it’s not surprising that people familiar with the inner dynamics of the family give a large degree of credit to Katarina Dassler for the meteoric rise of her husband and the company he founded.  She made him complete and together they built an enduring legacy. 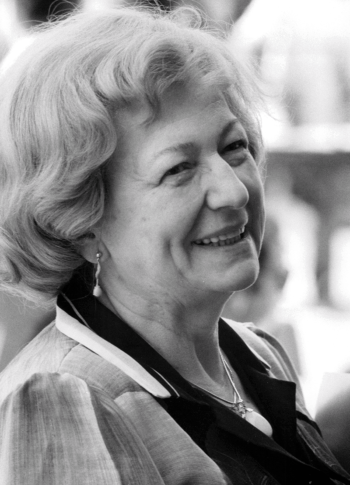 Adolf Dassler was born 1900 into modest circumstances and lived during a turbulent period marred by severe economic depression, political extremism, and two World Wars. The ability to establish a ground-breaking business and fight his way to the top of the worldwide industry he pioneered is a testament to his strong character. He was an influential business leader in Postwar Germany and as such was recognized for his contributions to the “economic miracle” by bestowment of the Order of Merit of the Federal Republic of Germany in 1968.

As a famous and influential person, it is well known that Adi was driven by a passion for sport and gifted with a talent for technical innovation but there were other traits that molded his personality and enabled success. Chief among them was his modesty. Although he regularly interacted with famous athletes, television personalities, and numerous public figures, “Bossi” as he was affectionately known within the family, was a calm, gentle, introspective family man who avoided flamboyance. He would leave social events early and was often seen by his family taking an evening stroll around the garden with his dachshund Wastl - making his rounds and insuring everything was alright. That garden was the site of continuous activity for his guests and the families of his four daughters who lived on adjoining properties. An avid tennis player, Adi had a court built for all to use and, even at the age of 70, did not miss an opportunity for a match. In the winter he transformed the tennis court to an ice rink, for skating and ice bowling. A lover of nature, he studied the birds that surrounded the family villa and even protected an anthill by placing a protective fence around it. Sunday afternoons were reserved for pleasant walks through the local forest and, when not at work in Herzogenaurach, he would vacation in Garmisch or on the North Sea, usually in the company of family.

His contemporaries described him as a “timeless person” because of his knack for blending a conservative work ethic with a willingness to embrace modern ideas. A prolific inventor and astute observer, he always had a notebook at hand and filled hundreds of them with ideas that he transformed into patented products. As a hands-on leader, he casually worked with those employees who helped build his ideas into high tech shoes but he was also driven by a strong demand for quality.

As a rule, for a demanding man who built such a successful company, he remained approachable to everyone and had a penchant for putting people at ease with a disarming, self-deprecating sense of humor. Having lost the tip of his finger in a punching machine, he answered queries about the injury by quipping he had lost it in a nose picking incident. In another instance, when a stranger in an elevator asked him for directions to Adi Dassler’s office, the casually dressed Adi replied, “I don’t know, I’m only the gardener.”

Despite his phenomenal success, this giant of the sporting industry surrounded himself with family and kept his feet firmly planted on the ground in the small town of Herzogenaurach where he was born, and lived his entire, fascinating life until his death at the age of 78. 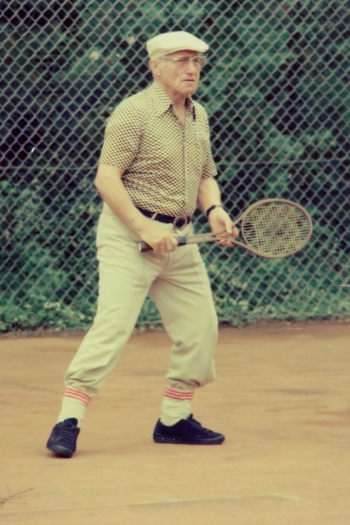